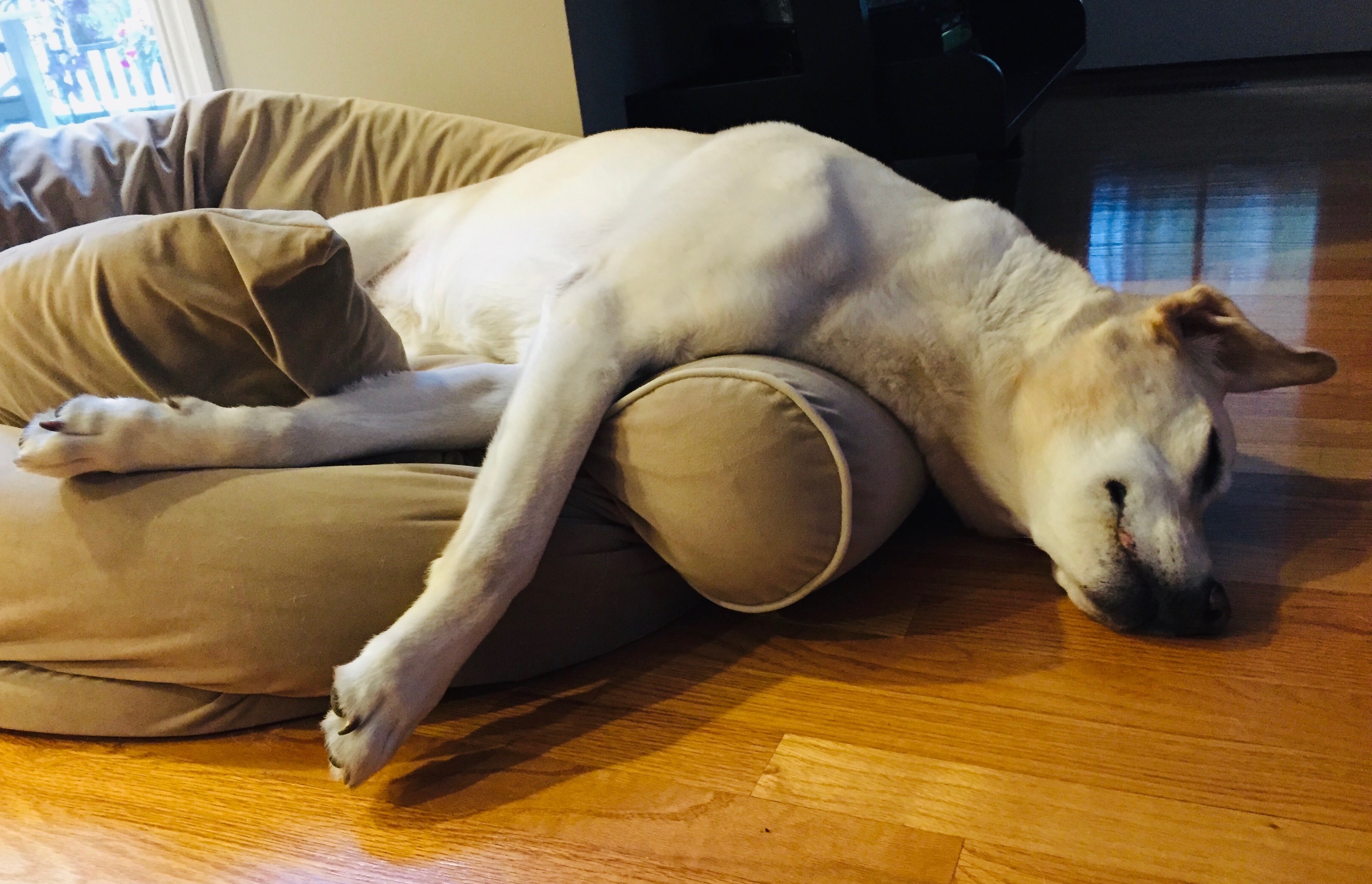 Caring for an aging pet with multiple health issues comes with a number of challenges, one of which is that even when we make improvements that feel like forward progress, it could be just a matter of days or weeks before another issue makes an appearance (or reappearance) and causes a setback.

After switching Hannah's food to solve her vitamin D toxicity and starting her on CBD to improve her mobility, I was very encouraged because it seemed as if we had turned a corner with some of her symptoms. By switching her food to the Royal Canin Veterinary Diets, we improved her appetite and solved her problems with vomiting and lethargy. The addition of CBD to Hannah's routine is still a bit of a question mark, as I'm honestly not sure what benefit it's had on her advanced osteoarthritis, but I've continued it alongside her daily NSAID in the hope that it's doing something to help increase her mobility and maintain her comfort. Whether it was the CBD or the food or some combination of both, my happy, perky dog was back, and that was great to see.

In fact, Hannah had been doing so well for the past month that we had almost been lulled into a state of forgetting about all her other problems. Her eyes have been bright and her tail has been going a mile a minute as usual! Just recently, though, she's started with a deep hacking cough that is likely being caused by her laryngeal paralysis. The episodes started out happening once or twice a day but are now happening 6-10 times daily, each lasting about 30-60 seconds before they stop. She gets these coughing episodes primarily when she's excited about something like eating or going for a walk, which is a real bummer for a dog that gets excited about many small things over the course of her day. Although it's not a constant problem throughout the day, with the summer heat coming I know her coughing could get worse before it gets better. Fortunately we have central air conditioning, which will help keep her from starting in on as many coughing fits.

Unfortunately, this new issue comes with an increase in exercise intolerance, which means the walks that she so loves have had to be shortened. Her endurance is just not what it was even 6 months ago, but she still loves going on walks and meeting with neighbors who love on her when visiting along our walking route. Her quality of life is still very high despite her worsening laryngeal paralysis and osteoarthritis of her hips, knees, and back. It saddens me to see some of her clinical signs worsen, but she is a happy dog who we love dearly, and we're committed to helping her down the path of a happy senior life despite all of her problems and without major interventions. This is just a part of the hospice journey that we have to live with. We may see so much improvement one month that we think we've got plenty of time left with Hannah, only to have an issue surface a few weeks later that has us wondering if maybe we don't have as much time as we expected. All we can do is enjoy the time we have, which is exactly what we're doing.