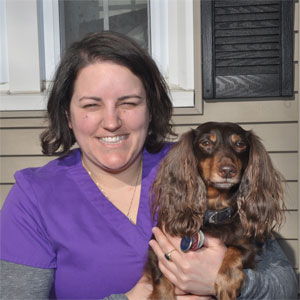 Kristen first became interested in veterinary medicine in 2004 while volunteering at an animal shelter in Florida shortly after several hurricanes devastated the state, leaving thousands of animals homeless. With this experience in mind, she returned to New York to finish college and pursue her degree in Veterinary Science, graduating from SUNY Canton in 2007 and earning her LVT certification shortly thereafter. After graduation, Kristen moved to Virginia, where she worked as a veterinary technician for two years before moving up to Boston to join our team in 2009. When she’s not working, Kristen enjoys traveling and camping with her miniature dachshund, Rodham. 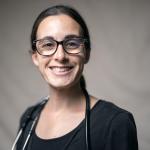 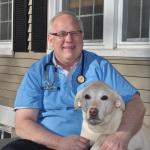 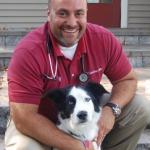 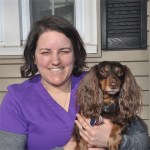