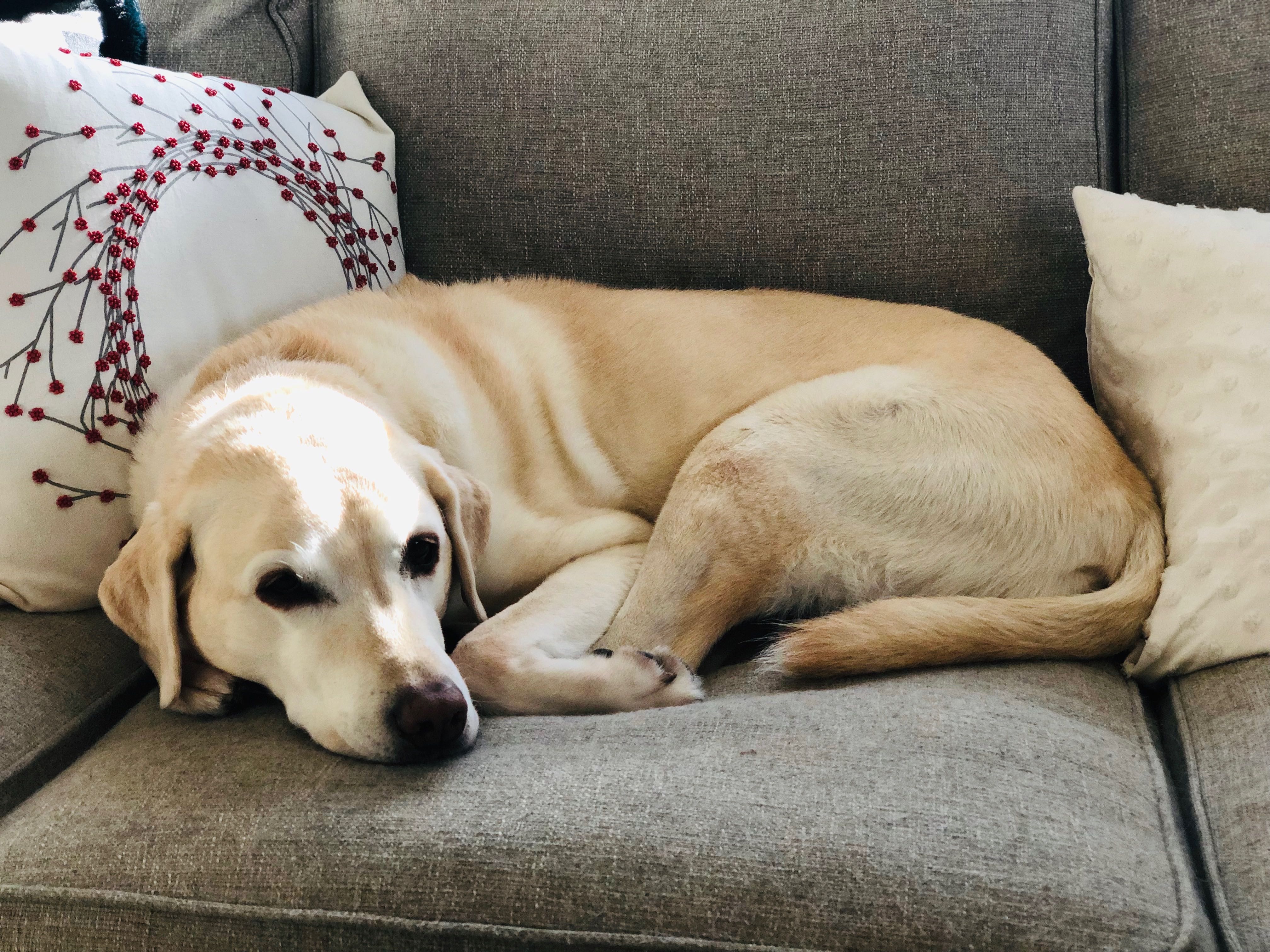 As you all know, I've been very worried about Hannah recently as she has not been her usual self. In order to get a better handle on what to do to help her, I brought her in for some diagnostic testing. In addition to helping me to guide her therapy in a way that will make her as comfortable as possible, these tests will also help me manage my own expectations about the state of her health.

The first diagnostic we did was an xray of Hannah's chest, which showed that the mass in her one lung lobe has increased in size by about 30% and has become more dense since her last xray several months ago. This isn't particularly good news, but there is a bright side to this set of xrays, which is that there are still no other metastatic tumors in her chest. This tells me that this tumor is not spreading to her other lung lobes. In addition to chest xrays, we also did an abdominal ultrasound, which had mixed results. She does have a defined mass in a lymph node that is in her posterior abdomen, which could be a point where the anal gland adenocarcinoma could have spread to, but this mass was on the opposite side of where the cancerous anal gland was removed so it could also be unrelated. Aside from this lymph node mass, no other lesions were found, so at this point I don't think her masses have much to do with her not feeling well. Hannah's ultrasound also found that areas of her stomach lining were thickened, which is more likely to be the direct cause of her not eating well.

These results gave me some clues as to what could be going on, but they also opened up more questions that I needed to try to answer in order to give Hannah the best care I can. We're equipped with an endoscope at CVH, so I opted to do an endoscopy procedure on her as a way of getting a better handle on what's going on with her health. Endoscopy is a non-invasive procedure in which we use a flexible tube with a light and camera attached to it to navigate the digestive tract to get biopsy samples. We anesthetized Hannah and used the endoscope to take biopsy samples of her stomach lining and small intestinal lining. Through the scope, I could see that her stomach and intestine appeared normal with no inflammation and no tumors seen, but we will have to wait for her biopsy results to know more. Thirty minutes later Hannah was up, having had a great sleep and having no idea what happened. Her recovery was uneventful and after her procedure I started her on famotidine to help prevent any ulceration at the biopsy sites while they heal. The biopsy samples (five in all) were sent to an outside lab to get a definitive diagnosis as to why her stomach lining was thickened, but seeing that her stomach was not inflamed and did not have any tumors did give me a great sense of relief.

So far after her biopsies, she has become her normal self again and seems to have responded very well to the dietary changes we made (from Hill's to Royal Canin GI Low Fat) along with the famotidine and CBD chews. She is now begging to be fed at 6AM and 5 PM like she always used to and is once again begging for her afternoon walks. It took about a week but the transformation is remarkable. She still needs her daily Galliprant to manage the soreness that comes along with her osteoarthritis, but it is a relief to see this combination of food and medication put the sparkle back in her eyes and the tail wags to match. I am still waiting for her biopsy results, but I'm feeling good about what I am seeing so far. It's true that none of these diagnostics will give me information that will lead me to a cure for Hannah's cancer. She is still in hospice care, and that isn't going to change, but these results do give me a more clear path to follow in my effort to keep her comfortable and happy. None of the diagnostics we've done have been at all traumatic for her, and they've taken the guesswork out of determining what my next steps should be in her care. I'll keep you all posted when her biopsy results come back from the lab. In the meantime, we'll keep up with our daily walks and all of the other things that Hannah enjoys!